There is a wealth of information that can be found here but if you still have any questions, please contact us here.

We provide a meet and greet to help visitors become a part of the Preach community. Click here for more details.

Know Someone In Need?

We're available for all members of our community. Click here for information.

Our goal is to bring people together, to grow with each other and to serve others. Click here if you want to meet some new people and get involved.
X
Welcome
Search 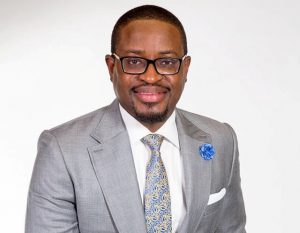 Thomas M. Brew is the Senior Pastor of the South Windsor, CT Mission of Royalhouse Chapel International, in the United States.

The first of five children born to Rev. Thomas Brew and Mrs. Florence Brew, Rev. Thomas was born and raised in Ghana, West Africa, and migrated to the United States in January of 1997 to pursue undergraduate studies.

What began as a casual visit to Royalhouse Chapel in the fall of 2000, just a few months after his graduation from college, and at the invitation of the then visiting Resident Pastor, Rev. Charles Benneh, has resulted in a long journey that now has him serving as Senior Pastor of Royalhouse Chapel International, Victory Center.

He began serving at Royalhouse Chapel as soon as he joined the ministry, by volunteering in the Technical Department, videotaping church services and conventions. Soon afterwards, he began to play the bass guitar, graduated to playing the keyboard and leading worship, and directing the choir. He also served in the protocol department, where he spent many years picking up people to and from church who lived far away and who did not have transportation. Through many initial transitional seasons that the church went through from 2000 to 2008, he was the leader of a few key people who held the fort of the ministry, and steadily guided affairs, ensuring that the vision of the Apostle-General, and Royalhouse Chapel International, would remain alive and well in Connecticut. During that time, he served as interim Pastor of the Mission during a time of transition from 2004 to 2006, assistant Pastor from 2006 to 2008, and was officially handed over full reins of the ministry in the fall of 2008. Since then, Royalhouse Chapel, Victory Center, has experienced exponential growth, and tangible evidence of the hand of God at work. This ministry now attracts people from many different nationalities and all walks of life, and is one of the leading Afro-Caribbean churches in the Connecticut area.

Thomas M. Brew is a dynamic pastor with a unique and powerful gift for imparting the Word of God. His passion is to help people encounter the presence of God through inspired worship, fervent prayer and deep revelations from the Word of God. Rev. Thomas is passionate about what He does and what God has called him to do, and He believes that everyone, regardless of their past, was created with a divine purpose to make a difference and leave an indelible imprint on their generation. He believes that the power of God is available to change and transform lives, reshape destinies, and enable Christians to live victoriously and serve God faithfully and excellently. Rev. T., as he is affectionately called, uses creativity, humor, and a down-to-earth approach to reach those who have never heard the good news of Jesus Christ, and challenge Christians to be fully-devoted followers of Him in an ever-changing world.

A worshipper at heart, he delivers life-changing messages each week as Senior Pastor of Royalhouse Chapel International, Victory Center. Countless testimonies and changed lives are a testament to the hand of God upon his life. 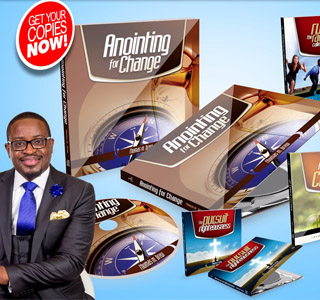 Royalhouse Chapel is bible believing, charismatic church where the power and anointing of God abound. Sound teaching of the word of God and Christian doctrine based on the bible is a hallmark of RCI. The miracles, signs, wonders and testimonies experienced by worshipers are a manifestation of the tangibility of God’s presence. 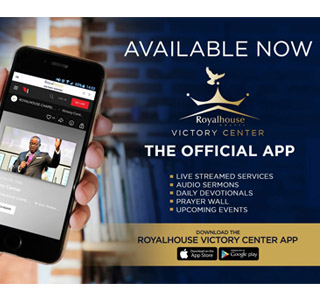